Abandoning Munu to his own devices in the wild would have meant certain death, either from a lack of water and nutrition or getting killed by other rhino or lions.

Munu comes from the Addo National Park which is based in the Eastern Cape, an hour’s drive north-west from Port Elizabeth.

Munu was found wandering around in circles towards the middle of December 2018 by a section ranger named Moolman, Munu is an abbreviation of the ranger’s name, hence Munu being bestowed with this title.

This was, of course, a serious matter as Munu now has a very low gene pool of his particularly rare kind – namely the south-western black rhinoceros (Diceros bicornis bicornis), which is a subspecies of the black rhinoceros, living in a small belt confined to south-western Africa only. It is estimated that around 250 of these rare, precious animals remain alive in the entire world today. The biggest threat towards Diceros bicornis bicornis is poaching as well as habitat loss.

A wildlife vet was called in and Munu was immediately tranquilized and taken to the boma environment at Addo National Park for further assessment and analyses. He was found to be in blind in both eyes. This resulted from a fight with another territorial male, during the course of which his right eye was badly injured and the infection then spread through his system to his left eye, leaving him totally blind.

Abandoning Munu to his own devices in the wild would have meant certain death, either from a lack of water and nutrition or getting killed by other rhino or lions. Based on the very low numbers of his sub-species, the decision was made to look after him at Addo.  Adrian Gardiner (Chairman of Mantis Collection and Brett Barlow, Wildlife Partner with Adrian for Founders Lodge) then made the decision to contact the National Parks authorities to see if we could adopt him and take care of him at Founders Lodge.

Following the required protocols and permits involved in securing Munu’s rights to a new home at Founders Lodge, arrangements began to fall in place to construct his permanent facilities with us.

After extensive preparations to replicate Munu’s secure boma facilities at Addo, his relocation to Founders Lodge became a reality in late June 2019.  He now has 4 full-time caretakers at Founders Lodge, working on a rotational basis, who look after of all his daily feeding and cleaning requirements; and the need for company (which most captive animals respond to very well).  Munu’s two senior carers, Derick and VJ, have bonded with him strongly and love working with him daily.  Furthermore, 24-hour security is provided for Munu, the importance of which cannot be overstated.

Munu has 2 separate, large, safe additional outdoor environments in which to spend his days as well as a radio station to assist in guiding him back to his water, feeding and sleeping bomas.  In the first enclosed boma, Munu also has an overhead misting spray to help him stay cool on hot days.

The most important aspect to emphasize here is our efforts to save this amazing rhino subspecies! Since Munu is in his breeding prime years, our ultimate goal is to obtain a black rhino female of the same subspecies to mate with Munu and create a breeding area to continue the growth and numbers of the subspecies. The thought of having baby black rhino at Founders Lodge one day is truly magical.

This is a vital medium to long term vision – again it’s critical to re-iterate there are only around 250 of the same subspecies alive today.

His presence, albeit captive for his own safety, adds to our current free roaming rhino population of 5 white rhino, (nearly six, one female is heavily pregnant).

The black rhino has a reputation for being extremely aggressive, and charge readily at perceived threats or danger. They are very fast and can get up to speeds of 55 km/hr (34 m/hr) running on their toes.  They have even been observed to charge tree trunks and termite mounds!  Black rhino will fight each other, and they have the highest rates of mortal combat recorded for any mammal:  about 50% of males and 30% of females die from combat-related injuries.  Adult rhinos normally have no natural predators, thanks to their imposing size as well as their thick skin and deadly horns.  However, adult black rhinos have fallen prey to crocodiles in exceptional circumstances.  Calves and very seldom, small sub-adults, may be preyed upon by lions as well.

As a predominantly browsing species, Munu consumes approximately 10 different species of local shrubs and trees which must be supplied on a fresh basis twice daily.  This diet is complemented by lucerne and a small amount of euphorbia (nors) which is a favourite treat for him.  Feeding this 1.2 ton animal is understandably a massive undertaking.

We welcome all our guests to visit Munu, following a briefing on his history with an understanding as to why he is kept in a captive facility, as he can never be free-roaming again.  Guests fall in love with him immediately and realize the importance of what we are doing as a conservation team at Founders Lodge, to save these magnificent animals from the brink of extinction. 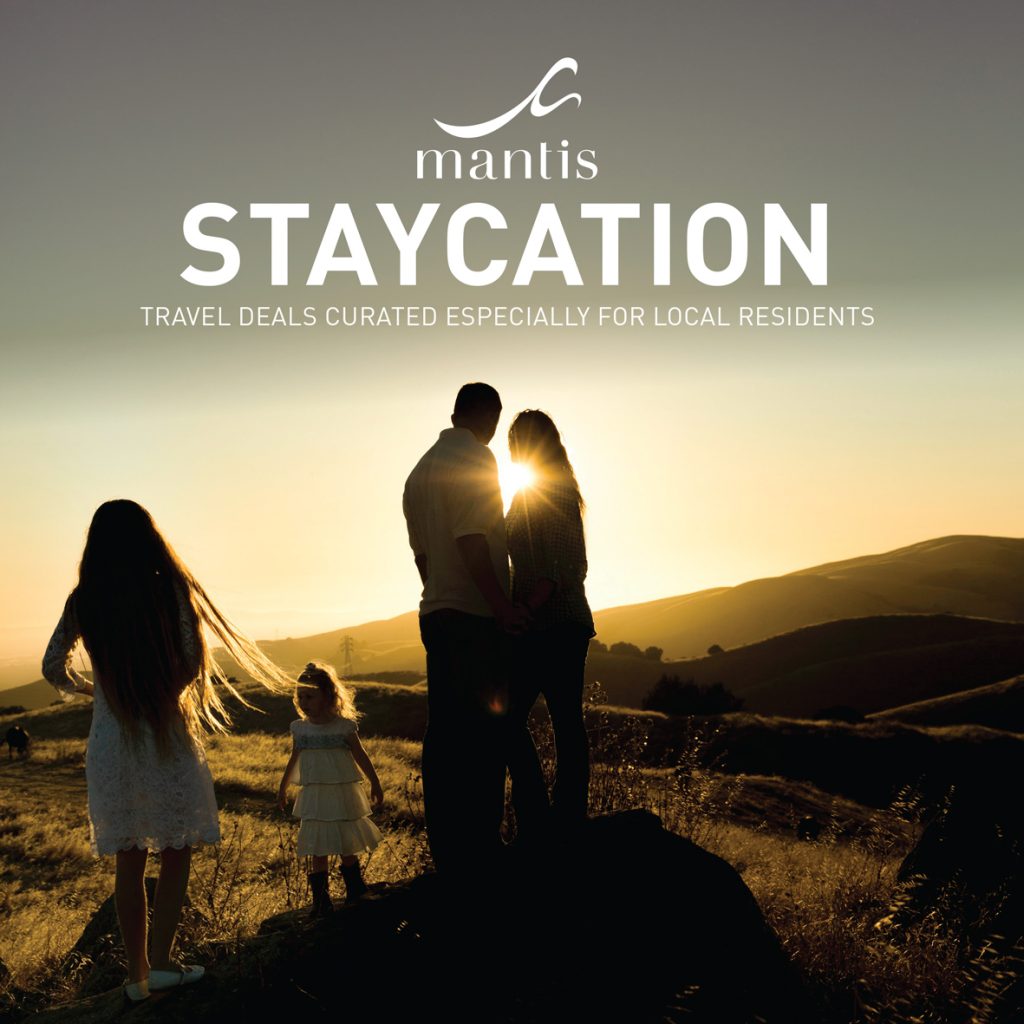 Celebrate the holidays with Mantis travel offers for Local Residents

Book and stay during the month of April and get up to 20% off our local resident rates at select Mantis properties!